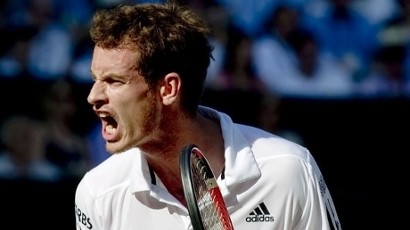 Andy Murray has said that he is facing a ‘huge’ summer in his career with his latest crack at the Wimbledon title being closely followed by the London Olympics.

The world number four suffered disappointment at the Beijing Olympics when he lost in the first round but believes he can make an impact on home soil.

Murray said that he hoped he could be competing at London 2012 as a Grand Slam winner.

“This summer coming up is going to be huge,” Murray said.

“Wimbledon and the Olympics would be two of my major goals.”

The British number one said that the Olympics held a special place as one of the rare opportunities that tennis players get to be part of a team.

“The Olympics is different,” he said. “The feeling you have on the court is completely different, you feel like you are playing for other people, for your country.

“A lot of times when you are on the tour you are playing for yourself and the guys you work with.

“When I played in Beijing, I didn’t play well but it was one of the best experiences I have had as an athlete, being around all the top athletes in the world.

“Going back to the village each night, you see a chart on the wall of all the medals we have won. It would be nice to be part of that too.

“Tennis at the Olympics has become a big deal. Everybody plays it now whereas 10-15 years ago people were skipping the Olympics.

“Everybody is playing now, a bit like the Slams. No-one skips the Australian Open anymore.”