Spotted: The stars come out for NBA London Live

The New York Knicks took on the Detroit Pistons in London last night and a host of celebs came to watch the action.

NBA London Live saw The Knicks beat their US counterparts 102-87 in front of a sold out crowd.

Comedian and TV host James Corden and Jack Whitehall made sure they got some on court action, taking part in the half time shoot out.

The former Gavin and Stacey star James shot for the New York Knicks, sporting the blue and orange strip of the team as he took to the court, but he had strong competition from Jack, who wore the red and blue strip of his team the Detroit Pistons. Other stars at the game included Alexandra Burke, who performed the National Anthem, while former X Factor star Misha B also entertained the 18,689 crowd with her vocal talents. Thierry Henry and film director Spike Lee posed for a photo before the game. 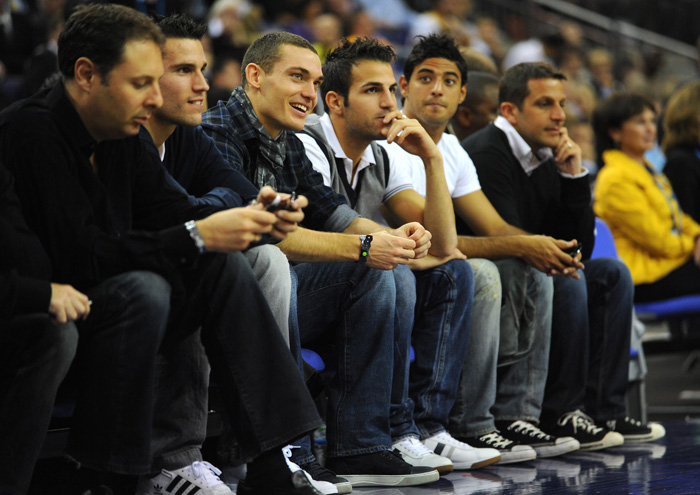 Manchester United’s Robin van Persie sat court side with some football mates to take in all the action.