Kim Kardashian West has been turned into a selfie taking waxwork at London’s Madame Tussauds.

The self-confessed selfie queen, has been immortalised as the world’s first picture taking installation at London’s Madame Tussauds, offering visitors the chance to take a selfie with the woman herself (no one will ever know the difference). Kim, 34, dressed in the Balmain outfit she wore during her hen weekend in Paris, has been fixed with an outstretched arm as she assumes the ultimate position in front of an array of changing backdrops in the new interactive attraction. Kim Kardashian has been made into a lifesize waxwork 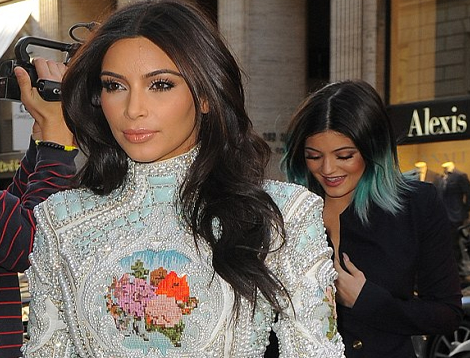 The real Kim wore this dress during her hen weekend

Kim’s Balmain gown, worn on the night of her batchelorette party in Paris, has been lovingly recreated by the French fashion house especially for the attraction.

The lifesize wax work took a total of four weeks and £150k to complete.

Kim’s outfit is only staying for one month, because lets be fair, this fashionista can’t been seen in the same outfit twice.